We review hair dye yet again, this time we go for a darker colour, how does it turn out, does the colour go as i hoped or do we fail for this time. Well from what happened, i think we have a good time. This was purchased a YEAR ago so the price might not be £4.99 anymore.

So, its a slightly polished packaging to the box. With the LIVE quite bold and 2 people showing off this cosmic blue hair colour, both eyes stand out on the models. The rest of the sides of the box have ALOT of instructions but its important for those instructions to be clear. The blue and red colour scheme still applies somewhat.

Well, its pretty much the same insides, the bottle, the gel and the after treatment gel. But the bottles were still quite strong compared to the others. But the instructions are understandable but can be tiny to see. But i knew this was going to be fun.

This actually isn't too bad, with shaking the mixture up and the shaking to be quite intense, then using the ig live stream to use as a mirror, but it was VERY MESSY, i mean cream was going everywhere which can make it a BIG mess to deal with, which luckily a hot cloth and nail varnish remover can help remove. But then i waited for 30 minutes, which i got time to get the PS4 on and did some updates. But then it was 9:50 and i got that done.


Then it was time to rinse it, which made eveven more mess in the bathroom but it managed to get it out. Then i dried it off ans followed the treatment gel and it worked, well i did skip the 2 minute wait and then rinsed it off. The results aint that bad.

Its messy, but this one does what it says on the tin and makes a good tint on purple as well, but expect to wash flannels and towels. But with that in mind:

Well there is other reviews soon but we shall see what happens. Maybe a cheap gaming laptop.

So, its been 5 months and actually since I went on holiday. Its been that long and i'm sorry but reviews will be coming soon, and REGEN is to start with. There is no video for this since this coincides and pretty much part of a #omracersNightOut, so the results are in the pudding or whatever. This cost me £29.95 which is £24.95 + £4.99 shipping, 3 Days via Royal Mail signed for and this included a free shaker which was nice of them.

So, its a pretty big tub and is clearly designed to show what is going on and what it provides. Stamina, Focus, Energy and Reaction, all of those qualities needed on a night out. So we will see what it needs. The colours match the flavour which is good indeed, also made in the uk which explains the high price but i needed it for Saturday so pay higher prices for that (Ordered Sunday, arrived Thursday)

~Then its the shaker which is a nice simple design, with a lip sized lid and also the REGEN energy logo appearing nice and clearly, the shaker does go up to 300ml where instructions go to 250ml.

Well, its powder, white powder, if my theory that the flavour is the same as the apple gfuel. Buit then a mini cup was inside and then it was time to pour it.

It went green after 2 tablespoonfuls of

Well, it actually tasted great, I had the sour apple sweet feeling in my mouth as i tasted it, it felt pretty diluted quickly since i did fill it up to the 300ml mark, but then i was stupid and did another spoonful which was nice but bad for me later.

Well,  to put it simply, it wasn't as great as I had hoped. I felt energetic when i ran down to the bus stop in 8 minutes, but as i was on the bus, I felt like i was bursting for a piss and that was a bad idea, since when i went to go, i felt an pain on my right hand side, not the heart. But the heart rate was not as bad as I was guessing it to be, but after that i felt weary, maybe it was the lack of sleep from the day before, but later on, nearing 11, i was feeling really ill, shakey and hands and legs going numb. Yes Numb. Which made me think I had overdosed on Regen, since it 160mg of caffeine for 2 spoonfuls, I had 3 so thats 200mg of caffeine. Which is okay for some people but as someone with energy anyway, it might of been too much. Which caused some odd feeling i've not had since the saturday when i was really sleepy during the afternoon.

But once I woke up on the Sunday, i felt pretty energetic when typing this up, so it might of been the lack of sleep from the previous few days, either way, I know to put less for me to keep going. But there is alot of projects up soon.

This is strong energy and maybe i didn't estimate how strong to begin with but luckily this will help me keep focused for video editing and blogpost typing for a week or so, but in SMALL Doses.

There are more reviews in place soon. 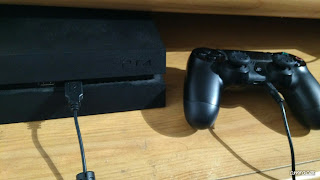 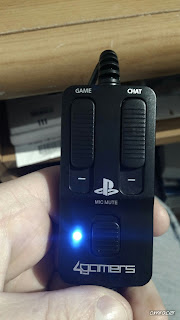 Well, we have a nice idea which might actually be fun if you get the right things to prep it first, I present to you a Slushie maker, not any old cheap stuff, a £60 one. Yes, this was on the cards for a while and a feel of how to make slushies yourself, But be prepared for a pretty complicated tutorial.
The video is below:

Its a simple colour scheme which fits the slush puppie brand nicely with the Blue, Red and White. the box is quite tall and not much small print on it either. A good look to say the least, its not that heavy either..

Well actually this has a bit of a twist to it, since there is no syrup included but the box does hint at one. The manuals are quite small but actually they are clear and easy to read as well. The cups are really nostalgic as well.


The machine has the button for the power on the side, the top has 2 holes, and the lid can come off as well. Which i didn't notice, but it has a warning inside to make sure you read the instructions carefully. But also it is not heavy so carrying it isn't a hard thing.

The manual is nicely made, with a good accurate reading and also giving a link to a video as a help on how to do it, that is impressive I must admit.

So, placing the container on the base, then it was a case of following the instructions. It turns out you will need.

Now watch the video that the makers have put about it

But I hardly had enough Ice and didn't pour enough juice inside of it. But the peaks were there and the timing was quite rightish.


Time to get a slurp:

Well after waiting 15 minutes, it was time for me to taste it since i saw the peaks. But since i didn't use much of the ice as I was told to, then it was actually not going to be a nice as I thought, but this was NO FAULT of the PRODUCT. So I drank it and I tasted it and there was strong orange squash and a salty taste as well. But switching the mode to dispense was quite good too, that is a handy thing, no problems with it being dispensed in that regard.


The  taste was not as nice as I was expecting but that was again not the product but the ingredients I used, aka lack of Ice. But if I did get told that I would need a bag of ice, that would of been more helpful and a higher rating for the machine.With this in Mind.

And there you have it, a review of a Slush Puppie Machine, I never thought I would end up doing something like this and well, Its done now and eventually I can have cold slushes after a long day at work or if we have a heatwave in 2018. But for now, I will see what i can do for reviews.