A difference in review, we review a PIE, No seriously, we do. This was a Chicken Pie from Morrison's when my mum was on a shopping trip a few weeks ago. Its something that was just on the top of my head when doing a home visit hours before. Costing £2, this was well worth it, or was it.
The video is below for people that want to see a easier review.

This was actually a really British feel to it, with the union jack and the coronation fonts, it makes it seem like a classic British meal or even comfort food. The sides all have the same design on which is a surprise compared to most products I've reviewed in the past. There is High in Fat and Saturates, which for people is a no no, but for feabie members there is a yes to those in the 😍 consequences. Also there is wet signs due to this being defrosted. This is also nice to help that brexit spirit


Then we look at the Pie, which is a nice standard and large roundness which is what comfort food like this should be shaped like. The foil is not as stiff around it, so don't expect it to stay in upside down, but it does stay in when slightly thrown up in the air.

This is the part, now the instructions are pretty accurate as far as from my experience is concerned, since if chilled, its a 35 minute cooking in the own at 180C. Which I originally did at 200 but lowered it to be more precise with the instructions. I put it on a tray (which i used to cook a 40 piece of chicken a few days before). It fitted which was nice, then in on the top shelf and set for 39 minutes to go.

So, While waiting it to cook, I played Pacman 256 for a bit which is a good time passing. But soon it was coming up to 12 minutes, So i had a check on it, which it was starting to look crispy on the pastry and the heat inside was getting there.


Soon, after extending it for another 20 minutes or so, it was finally ready after that.

The Dishing and tasting

Here we are, the Pie was ready, I cut into it and it looked hot and gooey with steam coming out of it along with the pastry nice and nearly fully black. So I cut it out, or managed to then dished it out, mmmmmmm.
Then it was time to get this eaten, which of course, adding sauces and things like Baked Beans to make it classic meal. There were extras but thats on twitter along with my other meals as ususal.


So, it was time to eat, and it was really nice, although it might of been cooler than it looked when I ate it, but the flavour was really there, with a melt in the mouth without cheese and also the mixture of the chicken and ham is nice too. Adding my usual extras made it nice and varied the flavour but on its own, its a nice texture that you don't have to force yourself to eat. With this in mind

This was a surprise for me, but this review happened when I was pondering on ebay since I found out i had a £15 off £30 purchase if i paid via the mobile app and also I had some money in Paypal from a refund of a chargeback case against me for a copy of RCTW i posted to someone (physically put through the Royal Mail system). Which this was £31 including Postage.


If you want this one, you can buy the one i bought from eBay seller Comyur or amazon might have some

The video is below

Now lets see how this looks, its actually very well designed for a Chinese product, which has some good features like 4K ULTRA HD and ACTION CAMERA as well as pictures of Mid to Extreme Sports pictured, but the main fact you see the camera is a good sign as well so you know its real, as the meme suggests. Wifi and 2.0" LCD are listed.

The sides of the box are more on the diagrams of the sports this can handle such as Skiing, Cycling, Rock climbing, Pyramid climbing something on a plane and even Sailing. But there are QR codes for the App this supports which is not too bad to be fair. There is also a sticker on stock code from the supplier i bought from on eBay.

Then we have the back of it which lists the full specs of the camera along with the Multipurpose and other things the camera can be used for, like a Dashcam or a CCTV system on the budget.

Then we open up the contents

Now to be fair, for the money, you get quite alot in terms of accessories for the camera, like hooks and straps and some cables which makes this quite attractive, they did the nice thing of the camera sealed into the waterproof casing, which is ok but can be very stiff to get out, some of the bits are the same but i just did a picture of it all in, makes it easier to see i feel.

This was hard to understand along with the print being too small, which makes it look like its not worth having, except the pictures do make it worth it to see what accessory goes on what part of sporting equipment. But that took some detail to look at 3 or 4 times before evening knowing it was talking about the screws that are long, one half is traditional Chinese too.

Setting up the Camera

Now it was time to use it, which after seeing it in the case, which worked quite a treat, I had to take it out of the case to fit a 1GB Micro SD card since thats is all i have since i loaned my other cards to my parents for their holiday. But it worked nicely and I looked at the settings for it, there were a fair whack of options i could use. From lowering resolutions to adding a watermark and more.

Now i would have high hopes for this camera and to be fair, it didn't dissapoint for the money it was costing me, Since it recorded 720p at 60FPS and thats a decent settings, which for the 1st test clip, was not that good but the cycling one really shown how fast it could handle.

But the images were a bit of a let down, sure the quality was good but they were not Widescreen which makes this a major shame for blogposts and wide shots but it confuses me since if video can be widescreen, so can be the pictures, but oh well, also the light was slightly too bright for it, like a webcam style problem, but this only had an ISO of 50.


But fitting the handlebar accessory was a bit of a nightmare since the screws were falling out and the rubber piece and also the diagram was too small to understand what was needed, ok it took me nearly 8 minutes to get fitted but that is still longer than usual for a simple put on a handbar type bit.


But when cycling, it was stable and working, minus a slight fault of tilting left and right which meant readjusting to it every so often to keep it straight. Also the sound was muffled when in the casing, just be aware of it when using it.

This could also be used as a webcam, this was plug and play once you select PC cam on the menu if the cable was plugged in, it gave me 720p at 60 fps which was not too blurry but there was a bit of pixelation so that might not look good in some social eating streams which i'm planning on doing so this helps me .

So then, with a £32 action cam, how do i think it performed, I think it performed very well, it did what it said on the tin and using it was simple, no DLSR training needed. ok the wifi is a bit to work on if your not sure, but its not turned on unless you want it to be, a webcam mode is nostalgic but useful and a removable battery means you have a backup to buy if you need it.

With this lot in mind

And that goes another review, I hope you enjoyed it and I will try to use it more soon.

This was delay, i really apologise for this, but I've wanted to do this for a while, a SHOWER GEL review. So here it is, a bargain from trago mills, Natural Elements HOT chilli chocolate shower gel. Does it work, will it help me get a girl like the Lynx advert offered on their chocolate spray years ago. Lets try to find out.

You can Buy it from HERE since that's the only place online easily selling it. I got mine for £0.25 from Trago Mills on clearance offer.

This is a simple tube, with a creative design thats a light hearted joke but works nicely, ok its hard to see the HOT but thats a nice twist i think. But the back is full of text, now shower gels have to be due to safety, skincare and also how to use along with details and ingredients. 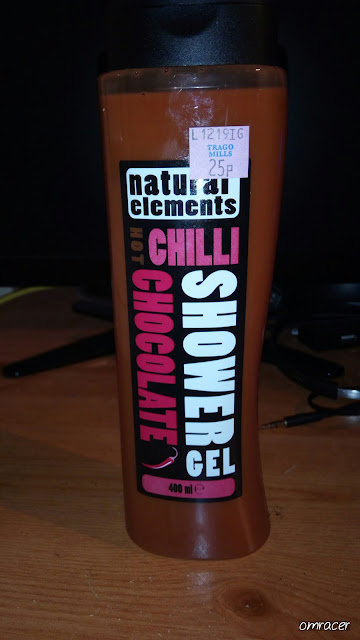 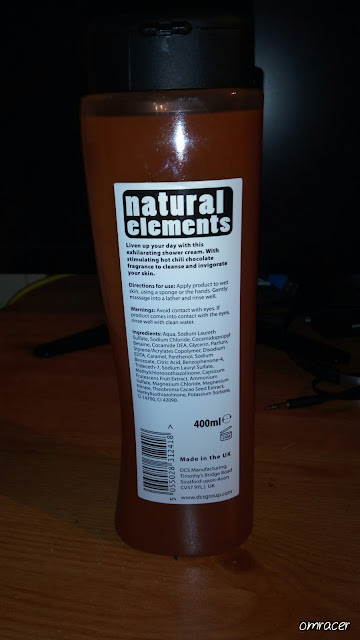 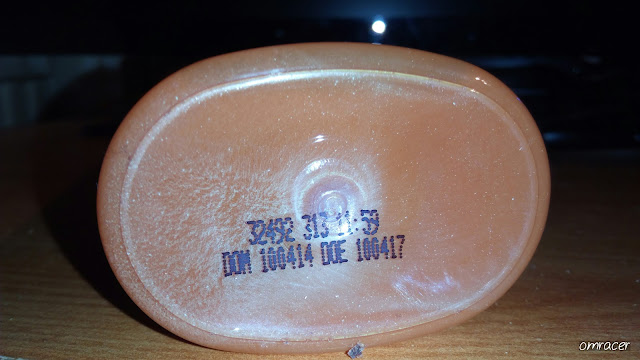 Well one thing with this is that the stuff, its running and looks slightly discoloured melted milk chocolate. But it does wash off easily, even though it can stain the carpet and curtains if not sorted quickly, But when you lotion it on you, it feels runny and smooth when you put it on your skin, which it does the usual foam when rubbing it in. The gel can thin even more and then just wash off but keep the freshness and the chocolate smell is there but very temporary is the smell of chocolate but if your lucky, it can linger and give you that chocolate smell and hopefully make it work on ladies and so on and so forth.

Well to be fair, when i;m out, No one has smelled chocolate on me except my sister and family and that was once, which means this gel isn't as strong as i would expect it to be, but then again is cost me £0.25 so i'm not expecting me being like a chocolate man. With this in mind