Well this review is the 1st review of the year since its actually a crucial one for me, well since a new phone is always important and since i'm hoping i can end up using it for vlogs as well. But our story begins on this phone when exploring for months and then Banggood has a Flash sale on it. So on December 27th 2015 I ordered it, the Tracking was Set on 4th January 2016 and then it was 2 weeks of life to deal with, phone lines to nag big TT corporations to fix. a new SIM Card to order (i'll explain soon) and  well on the 21st, it Arrived via Royal Mail. Since I Couldn't purchase fast DHL delivery for this which is a shitter but tracking is still good. But i got the phone  and some extras which was:


This totals me to £95.99 which is actually pretty good value. But the video is below:


A Pop of freedom for the phone

Now before I get into depth with the phone, I mentioned I ordered a SIM card for it, well since its micro SIM anyway. After a offer i found through facebook called FreedomPOP. Now at first this looked like a con, nothing decent like minutes, mbs or data is given for free. Well apparently this company do, so I signed up a week before it arrived, since well, its easier to test it then.

So I got the sim within 3 days, it cost me £6.99 including £5 to activate me and £1.99 for Royal Mail 1st Class. Which is good and its quite a simple concept, the phone calls are done via the data via the sim and then its x amount per month every month for £0.00 or more of x for However much you like.


Now there is one Catch. You DON'T GET VOICEMAIL and you CAN'T TEXT OR CALL without DATA. So this might make things tricky, but some of the plans below can fix that for a price.

But now the phone is here, i can test this also for myself, but thanks to dual sim, i can keep my number and also use this one :). I have ordered a Sim from EE which that means my old number will be back with me in a few days after this. But if the premium voice did text as well then i would probably get it but i might get it anyway since £2 is ideal. Sadly It doesn't do text NOR does it let you CALL WITHOUT DATA. Apparently its a feature where you have to have shit.poor internet then it lets you use it. Unlike giffgaff that just piggyback of 02 like a normal network.

After getting it from Royal Mail, it was nicely and tightly packed and there were 3 things inside. Which to be honest was what it should of been. The Case, The phone and also the Glass Screen Protector. But the paris box was big enough to fit the others side by side.


The glass proctector screen was a hard one to get out but it contiained a kit and the actual thing itself was a tinted blue plastic. which was quite solid. But getting it on the phone, well that was a journey in itself or maybe i'm really crap with air bubbles appearing.

The case was a simple concept, a bit rougher texture than the ipad magnetic cases on the front end, the other end was a snap into place way and wasn't a back replacement, it could be one but maybe too risky, but this was actually going to be handy as well.

Now the phone in its charcoal style box which was very plain except for 2 sticksers on the sides and the words Paris on the front of the box, thats about it. Inside the phone was clear in its mini bag to be used, with the accessories underneath, well a nice pair of earphones might not be a problem and a usb cable similar to the flat one Google used for Glass. Then ANOTHER screen protector but this one was a nightmare since it was shaped opposite to the front of the phone itself .

Then you have the manual, which acutually apart from a few poor wordings, this was a useful bit of text for a manual, with the features like camera, phone, messages and internet. Along with small print and other language translations. 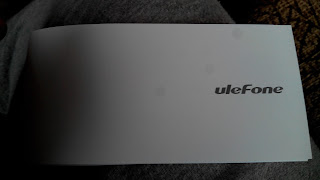 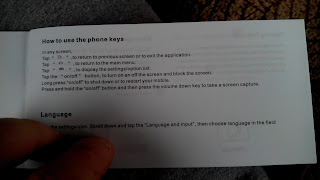 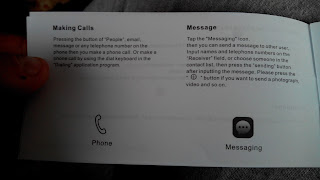 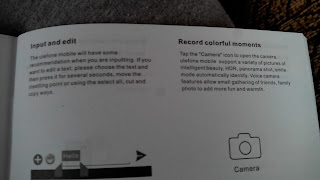 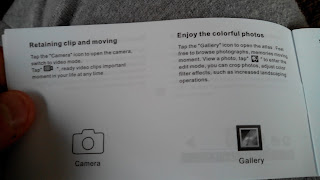 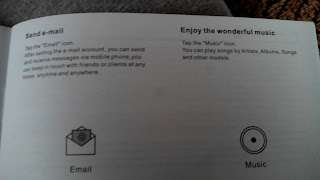 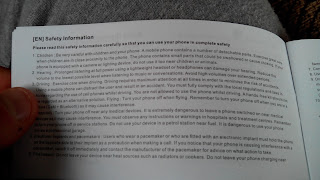 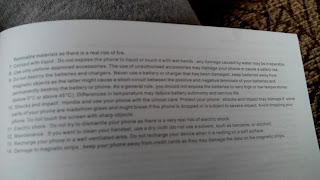 Fitting the Sim and a bit of testing

Well fitting the sim and opening the case up was pretty much a No go with my short fingernails, lucky the card the freedompop sim came in was ok enough to get it out, so the battery was sealed to stop it from working, thats a nice good way as well. But stupid me for making the sim actually be the nano one and fitting it in but then realising it wasn't working so it got into the micro adapter and worked fine.


Now the interface was standard stock android with some okish launcher, it does look attractive but i'm still a Holo Launcher guy. But it was smooth, easier to get the switches up and very fast in its menus. Also the camera had some new effects which looked quite cool as well as quite 3G internet speed, This is a 4G SIM in a 4G phone but Tavi doesn't have 4G from 3/Three so it will only use 3G, which is fast enough for me anyway.

Now it was odd that Google maps wasn't working in the video, but thats now been fixed due to updates and transferring stuff from the old ZP810 . But the speed of that GPS was holy nuts and i'm impressed, since that could make me 5 minutes earlier to places which was used to wait for a GPS TTS fix.

Now there was the Camera, which actually is the same look as the old phone but more features and better resolutions (13.something Megapixel in a 16:9 ratio) and that 16:9 can apply for both cameras but for Pictures only. But this was before i found out about OpenCamera  which let me record on the front camera in 720p, 30fps (there is 60 fps but not tested) and 5mbps, which is ideal for vlogs now.
But the picture quality is nice but in all honesty the colour vibrancy is not there compared to the old phone which has 8 MP (6 MP due to the 16:9 resolution). But the pics below are from the Stock camera,

Well this was a bit late but important, since well a phone needs to last quite a while, but this one doesn't even last 24 hours with wifi on and off for certain times, also since freedompop use 3 which DON'T support 2G there is a lost of battery wasted. Ok during this first full day with it, i had to reboot twice to get Xposed and Snapprefs working otherwise snapchat is not even worth using and i'll just rage and regret at it, which that did taken up 9% for one of the reboots, Hopefully it can improve but then again i've been used to having 14 hours straight on the phone with data on but worst case i can buy another batter for the paris.

This does give a problem, but these days power banks fix problems like this and although my 10000mah solar band back panel has busted, it might be good enough with a case to glue on and fix or just order another battery, except power banks are now banned by international air mail which is a pain.

One good thing is that this phone has been very popular, so much so that XDA had a thread on it and referenced how to install a custom recovery,. Which that worked and then rooted, the drivers are easy to find but majorly annoying to install without driver signature enforcement, but then it was Xposed which was a nightmare when it was too low a battery to carry on after flashing it. But then it was Snapprefs what made me panic a bit, but now thats fix by a downgrade . But it was nice to actually have fastish performance on the lowest frequency on ondemand :).


Gravitybox for LP works nicely as well, just to get what i want quicker like YGPS and a tap to turn data on and off. But that is an essential piece of xposed app you need for any MediaTek phone, since source code is a bugger with the big MT corporation.

So this is most of the phone tested, ok maybe no phone calls and I didn't show off the freedompop app much but it does have a vanilla android feel to it so its not hard to use. But with everything in the video and here:

Now with this done, I can record better reviews in some way and also there will be some, maybe more food reviews i'm Planning soon. for next time