Well, this was a quick new review which was planned to get due after a vlog being filmed and the tripod being made to break since the mechanism was stiff. It was time to get  replacement or wait for one, another one was actually ordered but I never got chance to use it and then this one came up, even when month or more later. This was from a firm that actually has some relevance to goose fair, but for the price of £19, it was pretty good, it is a simple and is it amazing to use, we will find out. Who made it is part of this firm. Enjoy the video below:

Well, this is actually quite busy for packaging with a fair bit on each side, even if some is small print. But it doesn't explain its separately packaged, but it does advertised features of both boxes on well, both boxes. Things such as the light colours and also the height is a bonus too.

As we look inside its a basic design so not much in terms of manual but just the:
Tripod Box:
Ring Light Box:
Which from what I saw, was not including any manuals for it inside. But then it leads to getting the choice of how to set it up.

Now this is a lightweight metal with a similar sort of design to the other tripod i had, with bolts that sort of move as you move the pole up and down, but this had a nice easy screw method to loosen and tighten to make it easier to extend .

Then it was the chance to get the upper part unbolted to the bit that can extend it much much higher. Which how high was MUCH higher than it looks to be and that is a good bonus, as well as this, the screws look like there should be for more than the amount of sections but there are 2 adjustable sections which make the base the first of the triple extendable. The second is the middle and the first is right by the screw.

Which then it was the chance to see how the screwing works and well, its a standard form so that gives a good indication on how easy this can be to connect other devices such as Cameras and even the Action Cameras to the tripod. But again this is to the tripod alone and the ring light works differently, which I will explain soon.

Now this box, it was time to use the light and the see how it looks. Which actually is just a circle plastic with a usb cable sticking out and 2 holes, one for the tripod (bottom) one for the phone holder (top), The USB cable was good too since there was a switch and brightness control. The Cable does look thin but it is a nice 2m cable too.
Then it comes to the plan of  the extra accessories that are with this, which is the flexible phone stand and the adapter to screw the stand to the actually ring light itself. which the flex bit that has a push  in effect to secure it to the stand but it sounds like bones creaking as you flex it, so the sturdiness is there.

Then we finally come to the attachment to make it fit on to the ring light and that has 2 screws, one for the stand to be firmly secure and one for angle to be made permanent as far as I remember. It helps for a nice touch. but a bit of pressure needed to screw it in.

And that was that, it was finally all looked at and it was soon time to finally build it and see how it looks.

Now this was not as hard as it seems, like this really does have a simple screw one way and then the pole can push or pull upwards or downwards and screw in the opposite direction to then it will tighten indeed.  Which that explains how to build it and it is almost as tall as me.
Now that was not long to build the time lapse was about 2 minutes at 1x speed so not a whole age but the base you will have to be careful on since if too much pressure, it will snap, like the first silvercrest tripod did to me. But then it was time to test how the phone looks on it, which really I didn't show.
But it did fit into place and then was hardly moving when fitting it on there, which is good. The ring lights cable

Now this was simple too, plug the lights into a 5v 1A usb charger and it worked no problem, even using an extension cable, then it was a case of pressing the button. One for Power, one to change the type of light which were
Then there were the + and - buttons for the brightness control. which has about 8 stages of brightness on each mode.
Now enjoy some selfies for each type of light, in both light and dark. 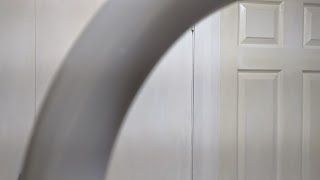 Now there is a good and a bad side to  this, the good is that other devices such as webcams and even normal DSLR cameras can use, an the good thing is, YES is the standard hole so it will fit, but ONLY to the tripod, the ring light will need to use an adapter to be able have those fitted on. That means the lighting on those will not be as effective on this and that can be frustrating for some I will admit. For example another smartphone hold has the bolt not fitting on.

All in all this was a nice buy, yes it is a trend due to a lot of video and content creation but well its needed for the best way to get things done and it can be effective in the long term. Its a standard connection for most of it which is a good bonus for use with other devices as well as smartphones too. The light is very bright and not too blinding at the same time, either. Yes it has a cheapy look but is can be effective as well.
With all this in mind.

And that is is, another review done and more ways to improve the quality of videos in the near future,  even  if I go on holiday with me again (maybe late 21/early 22) to be able to film a bit more. Especially now I have the first person aspect back again.
But for now its time to catch up with other things and well its a fair bit of emotions to deal on.
omracer
Posted by omracer