Well, this review was a wish of mine to get done and finally, I got it done and also got nearly paid for it with doing a few tasks via directly. But for a good sale and chats with the Maibenben team and also the good remarks from Techtablets and with the £200 saving compared to the current price it is selling now, was this a good buy. Well from research and content creation standards, this might not be what I dreamed off but for gaming......we will see, the video is below:

Note this video had taken 3 days to film. On and off after work and chores etc. Also, add the price of £79.54 for the dam HMRC customs and FedEx sorting it out.

Well, this arrived with actually another box which allowed me to get the feeling of accomplishment done by giving a mouse and a mousemat and the EU adapter (since the 271 price was for the EU version, the UK sold out but that won't matter with power cables). The mouse looks cool but is a basic 1200 DPI mouse (which is poor for final cut pro from, the looks) and the mousemat is basic but got the nice branding. 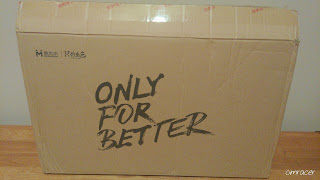 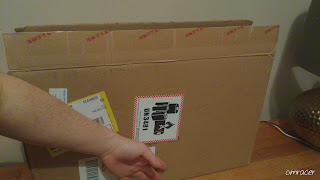 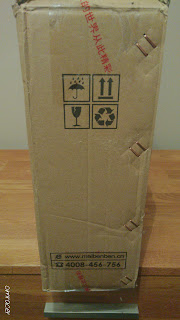 Then it came to the box.

A pure white box with the Maibenben logo and the specs and serial in Chinese which is fair but it also has a nice professional standard to it, the warranty sticker is a good touch of how much detail the company has with their machines. 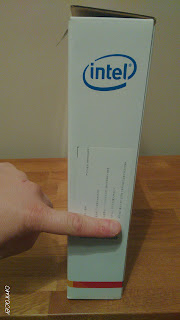 Then we deal with the inside which is a full-on mini manual, Warranty card, the Mains adapter of 19V, 3.42A (common which is good if I break it, I hope) and the laptop in the protective cover. This is looking like my standard so far.

Then we deal with the actual laptop. Featured with:


The Turning on and installation

Then it was time to turn it on and check the charger. Which when i did test it, the metal did stick out but was stiff so can't complain there.

One good thing is that the USB are not too close to each other but bulkier ones than the Kingston might struggle if together. But then it was the BIOS to gaze. 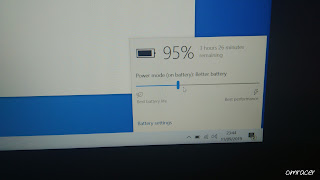 The BIOS and EFI shell.

Well, the bios seem to be locked down sadly. For most, that's, not a problem but it means that you might not be able to get the most out of the laptop in away. But it is an aptio one so it means it can be easier to mod if need be. But some boot menus from this indeed are good.

Well, it actually went smoother than I guessed on how to do this, It made it a breeze but not the fastest USB drive in the world I can gather. But it installed Windows 10 in about 20 minutes. There were some partitions on there which were odd since it was like it was not really meant to have windows installed since this is the DOS version (no OS).

Then it was the usual setups and things. But I got into windows 10 pretty quickly once that was done. I also got the Mousemat out and tested the mouse too, it was pretty responsive.

This shocked me when I checked the activation said it worked, like a Windows 10 Home digital License, well that shocked me and made me save £40 or so quid.

Well thanks to the MaiBenBen site and Windows update, this was actually a brilliant way to get the drivers. It let me install all of them without a hitch AND i updated to the latest MX250 drivers fron the Geforce website, sure it was DCH drivers but meh.

And then 436.30 update from Nivida worked after that. So it was time for a Benchmark.

Well; this was not easy to set up for the Mx250, in the end forcing every app to make it use the GPU, it was a bit better and though the rating looked poor, it seemed better than I expected in framerate. I did get better results with tweaking afterburner to overclock both clocks.

The Intel-only one was pretty abysmal but that was to be expected, the second running when windows updates were not being shoved down throat was a better result. But on both the SSD was really quite slow, maybe a firmware upgrade might fix it. Well i checked WD  dashboard anyway, the firmware was up to date so could be a slow drive. Then it was time to get some games to play, the reason people want this budget laptop.

I have decided 4 games to test, some are common like Fornite and Minecraft, Then i decided a bit of Forza Horizon 4 and also Sims 4 too. Now originally this was tested via the capture card but after learning after filming, the performance was BETTER when not plugged into the screen. So most of that I had to refilm. But some really interesting looks when this happened.

This can achieve 720p 60FPS on LOW settings which i think is an achievement in its own right for a sub £500 laptop let alone a sub £300 laptop in this special price range. But when with the HDMI i was bordering 30FPS.

But if i lowered the settings but still kept it 1080p, it was not as bad as I would guess it to be.

This actually shocked me, Well actually when I played using the HDMI capture card, it was slow and laggy, with about 21 fPS when the CPU was outputting much more. Like really, it didn't make sense.


But when I plugged it in and tested the benchmark mode on the laptop alone, it was near 35-40FPS. That is a major improvement, but when I played the game it did just crash after the first corner in the intro race.

This was reaching 45 FPS on the HDMI capture card and fancy graphics off made it quite smooth i will admit.


But When I plugged into power and not used the HDMI it was mostly a solid 60FPS.  No lag or issues at all if Fancy Graphics is turned off, well even with it on 1080p was decent at 20 render blocks.

Well, this was actually doing really well, getting to 60FPS on 720 Low settings when using the HDMI, This was about 50FPS when using the laptop alone. 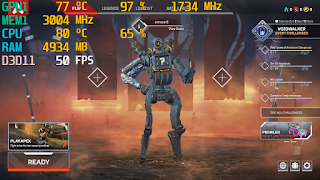 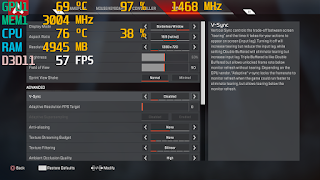 But 1080p was a bit more laggy with the settings to say the least.

This ran actually really quickly and was not straining on 1080p high settings. I think 720p was nearing 90 FPS. This was just in the menu and using the HDMI. When on the laptop alone, on 1080p  High settings you're looking at 75FPS. 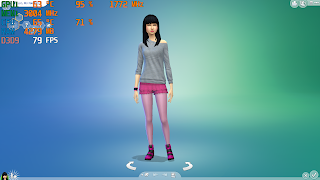 This was actually a surprise and games played really well. Streaming from the laptop via HDMI capture might lag on some games which are a good one, I can work on it though.

We webcam is a 720p 30FPS one which is at the bottom of the laptop screen. It's quite poor in low lighting and laggy.  OBS didn't day many settings for it either. But in daylight, it was actually quite good and a bit grainy but its a cheap laptop in this regard, but the sound was pretty clear and not as scratchy mic as i guess.


The odd benefit of the cam being lower is I can film the omracer eats videos much easier to show the food off. But You'll see that another time.

Actually, this was better than I expected. Quicksync does play a better part in this. The webcam video was converted int less than 1 minute and the quality was not so different from the original.

Well, this surprised me yet again. It managed to stream 720p 60FPS smoothly on 1 game via the PS4 at least. Tetris effect actually worked and smoothly Play both streaming AND recording, maybe its not as demanding as other titles but it worked.

This was 720p 60FPS pretty much constant, it shocked me when it happened since it a pretty advanced graphical game but it was smooth and really astounding and i've not been as good at Tetris unlike others are pros.

This was a STRUGGLE for it and I'm not surprised since even my steam box with the i5-7400 was struggling on the Intel HD graphics.


But it made me feel this had more power than i guessed and well I can work with it, 30FPS should feel better too.

Well this was the worst test of them all, sadly due to the NVENC chip not being useful and CUDA not really used for this anymore. it was finally a time to see how it went anyway. I did make a quick edit of a clip.

Well, this was not as good at all, maybe WORSE than Quicksync. But there are the settings below:


This was actually a bit more reasonable, now it was slightly longer than realtime for rendering the clip, even when plugged in.


Then I started to use Throttleshop and the limit remove of TDP as per the guide  The tried it again and it did improve the speed.


To conclude this, it can work for video editing for a basic level, just be more patient with rendering times and 60fps 720 will struggle for sure.

Well, this was a good part of it as if I didn't plugin and occasionally used this for internet users, i can actually get at least 6 hours on it. I know when I left it on downloading the games that were on for a whopping 10 hours and it was fully flat when I got home but that was with the display off but wifi on to let the games download for sure.

When I was streaming, it was going down by 30% for the hour I did stream so it did pack a punch, the gaming side was a bit more the same maybe a bit less used.

This is great for the indoors but sadly outdoors in good day sunlight, it feels like you can NOT see a thing at all.

Well, this was the final part, well to have a look to see what you can fit underneath and it was surprised on how much of as solid build this Laptop really was. 2 Screws were tricky to take out which is my typical luck for this.

This is one shock and impressive laptop for the pricing point. I mean if gaming is your main concern but don't have £600 then this is looking like a DECENT option, I mean tone down to 720p for best effort but still, i can stream from a console on this at least which is a good start. The battery life for normal tasks is good and the SSD isn't as superfast as i guessed but that can be easy really.
Video editing is a bit of a weak shame but Quicksynce doesn't make it completely useless


Well that is that for that and now I can actually get more streaming been done and also make some fun with videos if I go, but this is poor for running final cut pro on if I wanted to.